“Are recurring payments supported on UPI?”

This was a very common question often faced by us at the product team here at Razorpay. The reason is that recurring payments or subscription payments have been making a steady growth in India. While recurring payments are common practice in the BFSI space (think mutual funds, EMIs, insurance payments), other categories have been slowly warming up to the concept of periodic collections for the last few years (think Netflix, Hotstar, Big Basket, etc). There existed, however, a large gap in the market – recurring payments could not be made via UPI! Enter, UPI AutoPay

As per National Payments Corporation of India (NPCI) data, payments on Unified Payments Interface (UPI) in June 2020 hit an all-time high of 1.34 billion in terms of volume with transactions worth nearly Rs 2.62 lakh crore while also accounting for more than 50% of the transactions on Razorpay. This meant that the most widely used payment method could not be used for recurring payments. This was a problem on both sides – while customers had to rely on other payment instruments (credit cards or NACH based mandates), businesses had to deal with the knowledge that they would not be able to tap into their complete customer-base owing to a problem that was out of their hands. Or that was the case up until now.

It is not an unfair assumption to state that recurring payments on UPI have been the most awaited feature in the Indian payments ecosystem since, well, the launch of UPI payments itself.

The Reserve Bank of India (RBI) issued a circular in January 2020 that it would permit the processing of e-mandate on recurring transactions via the unified payments interface (UPI) system. The news was unexpected, but not unwelcome.

When this notice came in, we i.e. Shubham (PM for UPI payment) and Abijito (PM for Recurring payments), who were on leave at that time, canceled our leaves and instead booked our tickets for Mumbai (NPCI office), to ensure that the product is launched at the earliest.

We had an added advantage of launching UPI 2.0 in partnership with NPCI in 2018. And in our initial discussions with NPCI, we found out that the product is built on top of the existing UPI 2.0 Mandate (one-time mandate) product. But this was just the tip of the iceberg. As we moved ahead and started deeper discussions with NPCI and our partner banks, we found out that we had a tough journey ahead of us.

There were two challenging aspects. The first was the readiness of the entire ecosystem. We found out that for the product to be launched successfully in the market, we needed to work with each and every player of the UPI ecosystem. This meant working with various banks, NPCI, UPI apps, and the wide array of businesses interested in the product.

The second part was incorporating the guidelines that RBI had put in place around the UPI AutoPay ecosystem. Of these, the most important, and complex, to implement was pre-debit notification. In its endeavor to make the recurring payment space more transparent, the RBI had mandated that the customer must receive a notification 24 hours before the actual recurring payment is charged on his/her account. The feature is at the core of RBI’s vision for increasing transparency across online payments and it was imperative that we at Razorpay implement it such that the benefits are immediately clear to the customers and businesses alike.

We spent the first week brainstorming the product with the product team of NPCI. Both teams were simultaneously figuring out the best possible way of implementing AutoPay and with the sheer number of stakeholders involved, discussions were not always easy. What helped along the way were multiple rounds of calls with our partners at Netflix, Hotstar, Times Internet, BSE, etc who helped us in understanding the requirements and we shared the right feedback with the NPCI team.

The initial plan was for the AutoPay product to be launched in the first week of March during the Global Fintech event. Unfortunately, this coincided with the time when the number of Covid cases India had started increasing. And so it happened that on Feb 26th, we received an email from NPCI that the event was postponed until further notice.

This was not the only setback. With Covid showing no signs of abating, everyone started working from home, and collaborating remotely with so many stakeholders proved challenging.

With the uncertainty that spread on account of Covid and the subsequent nationwide lockdown, businesses as well as our partners were initially not keen on continuing work on this new project. The project was stalled for a good number of weeks because most of our partners were either working with 50% employee capacity or were working from home.

Because of the Covid lockdown and the uncertainty that arose because of it, we soon realized that if we really need to be the first aggregator in the market, we need to start working with multiple banks and partners.

Setback 2 – Another delay in the Launch

Although there were intermittent efforts all along, work on AutoPay again resumed in full swing in the month of June. NPCI led the efforts and pitched 1st July as the new launch date. This gave us just a couple of weeks to build the end-to-end product and make it available to all our partners.

Undeterred, the engineering, design, and product teams at Razorpay brushed off the cobwebs and started work afresh. The foundations were in place, but the task to take the product to market alongside our partner banks was gargantuan. The midnight oil was burnt as teams worked on Zoom calls to coordinate and deliver.

However, as we got closer to the launch, it seemed fate was not smiling upon us. Three days before the launch we were informed that the launch had again been pushed due to external circumstances.

Late on 15th July, we received an update from NPCI – UPI AutoPay was to be launched at the Global Fintech Festival on 22nd July. We had to be ready by the 20th. There were 4 days.

While impromptu releases are not new at Razorpay, this was still a unique proposition. Not only did we have to ensure that the product was ready for launch (and this step includes developing multiple modules, followed by QA on the said modules, changes in the database schema, and finally, conducting a round of UAT and production testing), but also coordinate with NPCI, ICICIm HDFC and our launch partners – Times Prime, PolicyBazaar and Furlenco. Internal coordination was not a small feat either. Alongside the Engineering-Design-Product triumvirate, were the Banking alliance, marketing, PR, DevOps, Tech Writing, Website, Tech Support and Business Operations teams, all working in a form of chaotic harmony.

To add to our troubles, there were some new features which had to be developed – the scope for which was not clear earlier. This had us going back to the drawing board and on 17th July we had a discussion between the Product and Engineering teams to decide on how to implement the all-important pre-debit notification feature. In the end, the team was unified and we went for the more complicated option. The rationale – it was the easier one to implement for a merchant!

Working through the weekend, we finally (read, somehow) managed to meet the deadline. Over the next day or two it became clearer as to how the event would pan out. It was quite a revelation to hear that the likes of Nandan Nilekani (Cofounder, Infosys) and Rajish Kumar (Chairman, SBI) would be among the host of dignitaries introducing the product to the world. It added weight to our belief that the belief in UPI AutoPay and its possibilities for online payments was shared across the finance ecosystem. As we all watched from our homes, UPI AutoPay was launched on the afternoon of July 22nd. Months of hard work, finally paid off.

Amid all the uncertainty, the real heroes were the members of our technology team who kept their morale high despite the pandemic, the stress of working remotely, and the various other roadblocks that came along the path to the launch. In the final 2 weeks, the team worked day and night to make the product available for businesses by July 22nd (UPI AutoPay launch event). Unfortunately, certain other projects had to be deprioritized to ensure the timely delivery of UPI AutoPay – and dare we say – it was just about worth it!

The average age of the team that worked on this project was between 24 and 25. There were also a number of volunteers who worked as pro-bono behind the scenes to make this magic happen.

In conclusion, it is not often that a PM gets the chance to not only work on a project of this magnitude that cuts across so many external and internal teams (and in the middle of a pandemic), but also one that has the chance to change the behaviour of common consumers for a long long time. We wish to thank all those who helped us in the journey of making UPI AutoPay a reality. 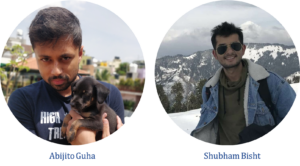