GST, aka the Goods and Services Tax, is an indirect tax in India. With its origin, it has replaced many other indirect taxes in India such as VAT, CST, central excise duty, service tax, and so on.

Let’s understand the new indirect tax in detail and its implications on businesses, corporates, and individuals in India.

As the name suggests, GST is levied on the sale of goods and services in the country. Unlike previous indirect taxes, this tax is collected at the point of consumption and not at the point of origin. To summarise, GST is a comprehensive, multi-stage, destination-based tax that is levied on every value addition.

The law governing GST was passed in the parliament on the 29th of March 2017 and it was implemented across the country on the 1st of July 2017.

A product goes through multiple stages before it is consumed by the end-user. These stages are similar to those of a supply chain.

For instance, the supply chain of a product involves the following stages:

GST is levied on each stage mentioned above, which makes it a multi-stage tax.

GST is levied at the point of consumption of goods or services. For instance, if a product is manufactured in West Bengal and is sold to an end consumer in Karnataka, then GST will be levied and collected by the Government of Karnataka and not West Bengal.

The Journey of GST in India

The journey of GST was started in the year 2000 when a committee was formed to draft the GST law by our former Prime Minister, Atal Bihari Vajpayee. It took 17 years for the government to evolve the law and then, the GST bill was passed by the Parliament in the year 2017. The Act finally came into effect from the 1st of July 2017.

Here are the advantages of GST:

Each state collected Value Added Tax (VAT) for the sale of goods within the same state. For the inter-state sale of goods, CST (Central State Tax) was levied by the centre. And, on the sale of services, service tax is applicable.

Here’s the list of indirect taxes applicable before GST

How has GST helped in price reduction

Let’s understand how the introduction of GST reduced cost for end consumers through an example.

A manufacturer produces goods (10% tax rate applicable) worth INR 1,000 and sends it to a warehouse for labelling & packaging. The warehouse adds INR 250 to the existing value of the goods. Then, sell it to the retailer. The retailer adds its advertisement cost of Rs 300. Here’s how the value of the goods & tax on it changes, and the final effect on the price under old tax laws.

The tax liability was passed on to every next stage, and the final price effect comes on the end consumer. This condition is known as the cascading effect.

Here are the tax calculations under GST.

Under GST, taxes claimed in the previous stages can be adjusted to the later-stage tax liability while filing GST returns. This is called an input tax credit.

The effect of input tax credit reduces the final value of the goods from INR 1,963 to INR 1,705. And, the tax burden on the end consumer is reduced.

What are the components of GST

The components of GST are as follows:

Any sale or supply of goods or services within the state will be liable to CGST & SGST. That means the revenue collected from such sales are shared equally between the centre and the state. Before the introduction of GST, such transactions were subjected to VAT, central excise or service tax.

Similarly, IGST collected from any interstate transaction is collected by the Centre and then shared on the basis of destination of goods.

Certain products and services like petroleum products, high-speed diesel, motor spirit, natural gas, aviation turbine fuel, and alcoholic liquor for human consumption do not come under GST. These products and services are taxed by the individual State Governments, as per their tax policies.

GST is implemented and regulated by the GST council. This council is made up of the finance ministers of the Central as well as different State Governments. The Council is chaired by the Union Finance Minister and is tasked with revisions, regulations and rates that may apply to the GST law.

Under the GST law, businesses with turnover exceeding INR 40 lakh* (INR 10 lakh for North-Eastern States, J&K, Himachal Pradesh and Uttarakhand) is compulsorily required to obtain GST registration. The limit is applicable to the supplier of goods only.

The threshold remains to be Rs 20 lakh and in case of special category States at INR 10 lakh for the service providers.

*CBIC had notified the increase in threshold turnover from INR 20 lakh to INR 40 lakh which came into effect from the 1st of April 2019.

All businesses that are required to be registered under GST have to file monthly, quarterly and/or annual GST returns. The type of returns that need to be filed varies from business to business.

A GST return is typically a document that includes purchases, sales, GST paid and input tax credit (ITC) of a registered business. The return has to be filed with the tax authorities and the authorities use the same information to calculate GST liability of a business.

There are different types of GST returns that need to be filed either every month or every quarter depending on the type of registration the business. For example, GSTR-1 has to be filed by a regular taxpayer every month with the details of outward supplies of goods or services.

On the other hand, GSTR-4 is a quarterly return that needs to be filed by a business that is registered under the composition scheme.

The composition scheme under GST allows taxpayers to enjoy a certain amount of flexibility when paying their taxes.

The scheme is ideal for businesses with a turnover of less than INR 1.5 crore. In the case of North-Eastern states and Himachal Pradesh, the threshold is INR 75 lakh. Small taxpayers can bid tedious GST formalities adieu and only pay GST at a fixed rate of turnover.

The GST rates applicable to composition dealers are as follows.

There are many advantages to availing the composition scheme. Some of these include the following:

Read this detailed article on the merits and demerits of the GST Composition Scheme.

HSN stands for Harmonized System of Nomenclature and is used to classify goods in a systematic manner. It was developed by the World Customs Organization (WCO) and is considered the global standard when it comes to naming goods.

This 6-digit uniform code can be used to classify more than 5,000 products, and are also used for classification for tax purposes.

With the introduction of GST in India, HSN is now being used under a 3-tiered system.

HSN and SAC codes under GST are explained with examples here.

In regular circumstances, any supplier of goods and services is liable to pay the Goods and Services Tax (GST). However, when the reverse charge mechanism is applied, the receiver of the goods becomes liable to pay tax.

The government has clearly spelt out a few instances in which the reverse charge mechanism is employed and understanding the same can help both businesses and individual customers understand their transactions in a more comprehensive manner.

Read everything about reverse charge mechanism and self-invoicing here.

Input tax credit under GST means reducing the taxes paid on purchases (inputs) from the taxes to be paid on sales (output).

In the pre-GST time, the taxpayers could not claim the credit on central sales tax, entry tax, luxury tax and other indirect taxes. Also, service providers and manufacturers could not claim excise duty and service tax paid on their purchases.

With the introduction of GST, many indirect taxes such as VAT, CST, excise duty have been subsumed, and now there are no restrictions on claiming tax paid on purchases.

Read everything about Input tax credit under GST

Difference between GSTN and GSTIN

GSTN and GSTIN are two different things under GST.

GSTIN is a tax registration number under GST that businesses get after a successful registration.

Whereas, GSTN aka the Goods and Services Network is an organisation that

GST is an indirect tax that is levied on goods and services sold domestically and has eliminated all the other indirect taxes like CST, VAT, central excise duty, service tax, etc, and put them all in one umbrella.

manages the entire information technology (IT) system of the GST portal. This portal is used by the Government of India to track every financial transaction, provide taxpayers with all GST-related services – from registration to filing taxes and maintaining all GST details.

GST offers a wide range of benefits to start-ups. Some of these include the following:

Our in-depth article on GST rules for startups will help you better understand this subject.

Stay updated with Razorpay Learn for more on the goods and services tax.

GST or Goods and Service tax is a single comprehensive tax levied by the Government on the supply of goods and services, right from the manufacturer to end consumers. Unlike previous indirect taxes, this tax is collected at the point of consumption and not at the point of origin.

What are the steps to file GST return?

You can file for GST returns by following the steps below: 1. Visit the GST portal (www.gst.gov.in). 2. A GST identification number will be issued based on your state code and PAN number. 3. Upload the invoices on the GST portal. An invoice reference number will be issued against each invoice. 4. After uploading invoices, the outward return, inward return, and cumulative monthly return have to be filed online. 5. File the outward supply returns in GSTR-1 form in the GST Common Portal (GSTN) on or before the 10th of the following month. 6. Details of outward supplies furnished by the supplier will be made available in GSTR-2A to the recipient. 7. The recipient has to verify, validate, and modify the details of outward supplies, and also file details of credit or debit notes. 8. The recipient has to furnish information of inward supplies of taxable goods and services in GSTR-2 form. 9. The supplier can either accept or reject the modifications of the details of inward supplies made available by the recipient in GSTR-1A.

How is GST charged?

Under the GST regime, tax is levied at every point of sale. So in the case of intra-state sales, Central GST and State GST are charged. All the inter-state sales are chargeable to the Integrated GST.

What type of tax is GST?

What is the GST rate in India?

What are the 3 types of GST?

Is GST good for India?

Yes, the introduction of GST has helped in reducing the effect of taxes considerably. This uniform tax structure eliminates many indirect taxes and as a result, the production cost is now lower than the previous tax regime. The input tax credit is now unrestricted that will ideally result in an increase in profit in various manufacturing and production sectors in the long run.

Can I apply for GST myself?

Yes, you can register yourself for GST online through the government website (gst.gov.in.).

GST is an indirect tax that is levied on goods and services sold domestically and has eliminated all the other indirect taxes like CST, VAT, central excise duty, service tax, etc, and put them all in one umbrella. 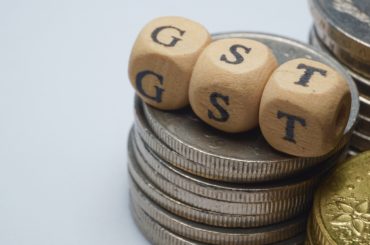 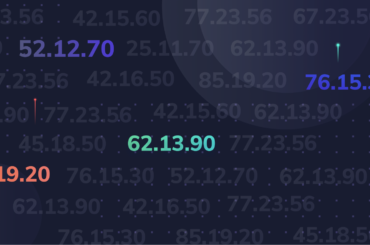 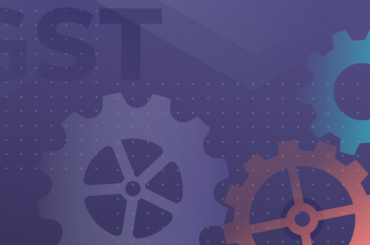 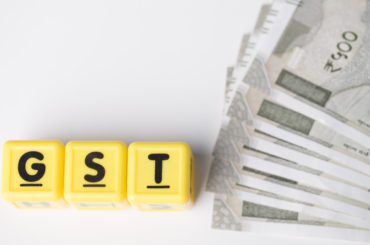