The practice of providing business loans is just as old as money itself. In fact, Satapatta Jataka, a voluminous body of literature concerning the stories of previous births of Gautama Buddha, narrates the story of a woman who sends her son to recover thousand gold coins that her husband had loaned.

Since then, the lending process has come a long way and made an indelible mark on how civilisation has progressed.

Here’s a brief overview of the evolution of business lending or business loans in India over time:

Ancient India was no stranger to business loans, and contrary to popular opinion, the banking system flourished well before the advent of the British empire.

There are references to various money lending practices in the Vedas and Manusmriti. Sanskrit texts also use terms like kusida, vardhusa, vridhi and vyaja, which refer to interest on loans.

From the 5th century B.C., loans were extended in both cash and kind. Texts written by Baudhyana, Gautama and some other lawgivers have references to the interest that could be charged on such loans as it was immoral to charge usurious rates.

A systemic lending structure came into existence in 321 BC under the reign of Mauryas. Kautilya’s Arthashastra has detailed references of bills of exchange providers to traders to help them carry out foreign trade.

Dharmashastra too spoke about extending business loans but also made caste an essential factor for money lending. It only permitted the Vaisyas to become money-lenders and charge a higher interest from borrowers belonging to a lower caste.

The Industrial Revolution (1733 to 1913 A.D.) transformed the society from an agrarian economy to one dominated by manufacturing and industrial processes. It also played a significant role in expanding the lending system as there was an ever-increasing capital demand.

A vast majority of aristocrats and merchants extended business loans to entrepreneurs to help them expand their workforce rapidly. Indentured loans were also popular where the borrower had to repay the debt by working on the lender’s estate. During the early days of the East India Company, Seths and Shroffs carried out money-lending and extended small business loans to merchants to support their trade.

India also witnessed the birth of various banks during British rule. In 1770, the first European bank called the Bank of Hindoostan started its operations in Calcutta (now Kolkata) to provide business loans for foreign trade. However, it failed in 1832.

With the birth of three presidencies—Bombay, Bengal and Madras—banking activities started in full swing. The Bank of Calcutta was established in 1806 to fund the wars waged against the Marathas and Tipu Sultan. Then in 1865, the Allahabad Bank was established, which continues to remain functional to date.

After that, quite a few banks were established between 1906 to 1911 due to the Swadeshi Movement, and a number of them have survived till today. In 1935, the Reserve Bank of India was established to respond to the economic troubles India was facing after the First World War.

Post-independence, the nationalisation of banks was a major activity. In 1949, the Reserve Bank of India was nationalised and appointed as the central regulator of all banks. In 1969, 14 banks were nationalised to make banking and business loans more accessible to the general public.

Economic liberalisation in 1991 marked a new beginning for business loans due to the rise in technology. The worldwide internet revolution was at its peak, and the banking sector embraced it with open arms. Technology automated a lot of core banking services, and customers could now avail business loans online. This not only sped up the lending process but encouraged more borrowers to apply for loans.

Gradually, contemporary money lending witnessed a radical shift with the rise in peer-to-peer lending practices. It was primarily due to the unprecedented developments in financial technology, popularly known as FinTech.

Peer-to-peer lending, a form of alternative lending made possible due to fintech innovations, also marked a new chapter in lending. Suddenly, physical banks were no longer necessary as borrowers started to rely on online players directly for small business loans.

Thanks to fintech, it is now possible for lenders to better understand their clients’ needs and provide them with personalised products and services. Fintech has also made it easy for borrowers to get business loans within a few hours of applying instead of waiting on banks for days to process the application.

If you’re looking for quick business loans, Razorpay has got you covered! It leverages advanced AI-based risk assessment tools that approve loans based on your cash inflow instead of a high credit score or guarantee.

The added insight of payments and business banking helps us make better products that suit your business needs.

Razorpay offers loans for your business without collateral at competitive rates. You don’t have to wait long periods of time for your loan to get approved. Since the whole loan application process is online, the turnaround time is very short.

Loan repayments are very flexible too! You can choose to pay in installments on a daily, weekly or monthly basis.

Razorpay Cash Advance offers your business the convenience of an unsecured line of credit to manage cash requirements prior to your customer payments. You can withdraw cash up to your credit limit, repay when customers pay and borrow again when you need more funds.

Razorpay’s Alternative Credit Decisioning System pre-approves you based on your past customer transactions. And, you end up paying interest only on the amount for the duration of the withdrawal. Next, you can repay automatically through settlements.

You can use the universally accepted card to make payments towards Google Ads, AWS, Facebook Ads, and so much more.

Ashmita Roy is a Content Marketer at Razorpay. When she’s not working, you can find her strumming her guitar or writing poetry. Dislikes writing about herself in third person, but can be convinced to do so via pizza or cheesecakes. 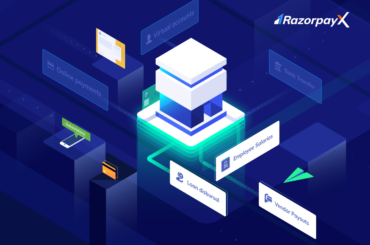 7 Reasons Why You Must Automate Business Banking Now 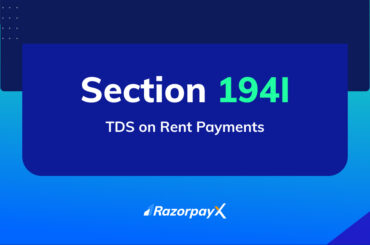 Section 194I: A Complete TDS Guide on Rent Payments 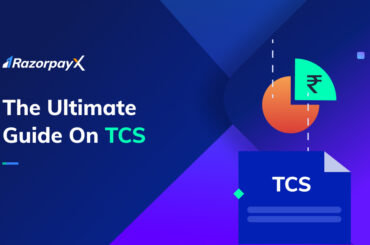 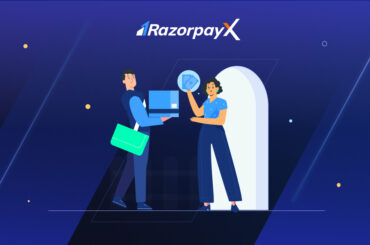