In 2020, UPI payments have become one of the most heard and most used payment flow. With its rising popularity among customers and businesses alike, Razorpay wanted to make UPI even more seamless and quicker for our partners. One way for us to do this was by making some efficient changes in Razorpay UPI Collect.

Our teams at Razorpay got to work to figure out the roadblocks in UPI payments and how we could correct them. The result was a product that made UPI payments 10 times faster and increased the success rates of UPI payments. Read on to discover how we made the UPI Collect flow faster for our customers.

Before we move forward, let’s understand some basic terms. UPI payment can be completed through the following ways:

Recently, our teams figured out that the time taken to complete UPI Collect payment is pretty high as compared to that of UPI Intent flow. One of the early observations indicated that the latency of the VPA (Virtual Payment Address) validation API is very high, causing a major delay.

Razorpay used to rely on the bank’s API to validate the VPA before initiating UPI Collect payment. In a few cases, the Bank’s API even takes up to 30 seconds to respond. This was primarily because for each and every request, Razorpay has to request the Bank/NPCI system for validation.

The payment flow for UPI Collect payments is illustrated above

The case of Validate VPA API

The Validate VPA feature is very integral for any UPI payment. This is because of the following reasons:

However, there are some problems with the Validate VPA API of Banks/NPCI. Because of these below-listed issues, we need to re-evaluate our approach.

The solution: Hunting down latency with UPI Collect

Latency is the delay between a user’s action and a web application’s response to that action.

However, latency is not an option anymore: The less interactive a site becomes, the more likely users are to migrate to a competitor’s site. It is often said that latency is the mother of interactivity. Have a look at the statistics below to know the kind of impact latency can have on a business. 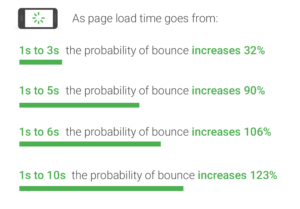 In order to fix the latency issue associated with the VPA validation API, we did multiple changes at our end. Few of the important ones are listed below:

Save VPA: Allow customers to save their VPA for future transactions 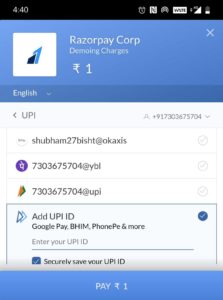 Roughly 8% of customers have already saved their VPAs with us. This means that they don’t have to enter their UPI IDs again and again to complete their payment. The Saved VPA process further leads to better user experience, faster payment, and more revenue for the businesses.

Saved VPA feature is enabled by default for all users on Razorpay checkout. If you are a business and are managing your own payment UI, please check out the integration document to start using the Saved VPA feature.

Use Validate VPA API of multiple banks (instead of one)

While Save VPA was a great product upgrade, we realized that we were still dependent on the Bank’s Validate VPA API for more than 90% of our requests. The latency for the same was very high, affecting our customers.

To avoid our dependency on a single bank API, we soon started to use the Validate VPA API of three other banks. This helped us to swiftly move our traffic from one bank services to another, whenever there was downtime or increased timeout with the banks. This helped us take care of bank downtimes and route traffic based on latency.

But the P95* and P99** was still high for all bank APIs as they were further dependent on the NPCI system for the validation of each and every VPA. We were definitely on the right track here but the number was still above our target. We then looked at other candidates for further optimization and thus, came our next update.

It was very important for us to solve the VPA validation API latency as more than 50% of the payments on Razorpay are UPI payments now. After carefully analysing the data, we found out that the repeat rate of customers is very high. Nearly 90% of VPAs get validated again and again.

In order to solve this latency issue, we have started cache-ing or storing the VPA/UPI ID data of correct VPAs for 30 days. If the same VPA needs to be validated again, we will use our database instead of hitting the Bank/NPCI API. This helped us in reducing our dependence on NPCI/Bank API and improving the latency of our API.

This means that the requests that used to take up to 10 seconds in some cases are now taking less than 100 milliseconds.

The results for UPI Collect: Promising for preliminary stages

What does it mean for our customers?

With our customer-focused approach, Razorpay customers can expect an improvement in their metrics with our UPI Collect updates. This feature is already enabled by default if you are using Razorpay standard checkout. For Server to Server integrations, please go through the VPA Validation API document. , then leave us a query here and we will get back to you.

Not a Razorpay Customer?

Shubham is an Associate Director, Product Management at Razorpay and manages Cross Border Payments and Checkout Product for Razorpay. Before moving to Product Management, he has worked on Particle Physics at CERN and ETH Zurich.